A glimpse at how lawyer’s broker deals 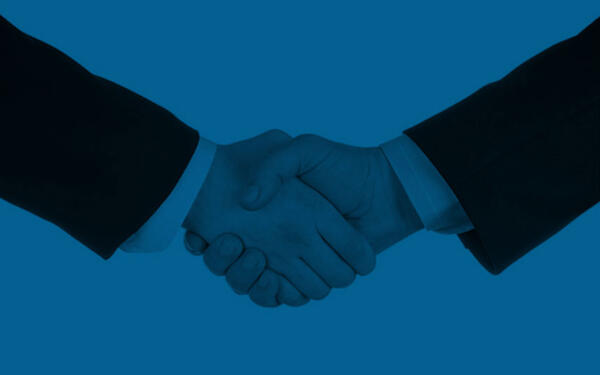 This article appeared first in the Georgia Straight and has been edited online.

It’s late afternoon and it already feels like it’s been a long day. High up in a downtown Vancouver office building, five people exchange smiles, sighs, and handshakes. It might surprise you to know that they are the opposing sides in a civil lawsuit. This is the scene of a lawsuit that has just reached an out-of-court settlement at a mediation.

When you think of a lawyer at work, you might picture a lawyer in a courtroom speaking passionately to a jury or cross-examining an argumentative witness. But the reality is that very few lawsuits end up in trial.

The vast majority of lawsuits settle out of court. They settle through informal negotiations or at mediations.

And so at any given time, a lawyer is far more likely to be negotiating on behalf of their clients instead of being in the courtroom.
Trials are rare for many reasons. It can take years to go to trial. When trial dates are available for booking, it’s probably already been months or even years into the lawsuit itself.

On top of that, trial dates are often booked over a year in advance. For many parties, they simply don’t want to wait that long. At some point, many try to settle their lawsuit to get some closure.

Waiting for trial is uncertain for another reason. Even after waiting, there is no guarantee that a judge will be available when the time comes. In a previous article, I addressed the growing shortage of judges at the bench and what that means for people hoping to get their day in court.

And, of course, there is uncertainty with the actual outcome at trial.

There are no guarantees in trial. There is always some risk in how a trial will turn out.

On the other hand, an out-of-court settlement takes the guesswork out of the equation. Parties get to have a say in how their case ends and won’t be surprised by the outcome. As a result, negotiated settlements are common.

Given the frequency of settlements, negotiations are some of the more underappreciated aspects of a lawsuit. So how do these negotiations take place? What’s the strategy that goes behind them?

In a civil lawsuit, each party has a best-case scenario in mind for a trial. The goal of negotiating is for both sides to avoid a trial by agreeing to something (usually a dollar amount) that is somewhere in between these two opposing best-case scenarios. Both parties must compromise to reach this amount.

Negotiations are typically informal discussions between lawyers who speak on behalf of their respective clients. There is no real formula for negotiating a civil lawsuit. Parties have to decide where to begin with their first settlement offer and how much compromise they should make with subsequent offers.

Being overly aggressive can backfire if the other side becomes convinced that negotiating is hopeless. However, being too nice might encourage the other side to be bullish.

Deciding what offer to make and when to make them is where the strategy comes in.

Perhaps the most important factor in negotiations is considering the likely outcome at trial. For lawyers, predicting what the court will likely award at trial is crucial. It acts as a benchmark for assessing any settlement offer. It gives a sense of just how much of a compromise is being made or is being asked during negotiations.

A settlement offer can be tempting if it is close to the predicted outcome at trial. It’s less appealing if the offer is miles from the likely court award. Faced with an unattractive settlement offer, a party may opt for a trial instead.

To assess the likely outcome at trial, lawyers have to think of the strengths and weaknesses of both sides’ cases. Lawyers rely on their knowledge and experience to assess how the court would apply the laws and procedural rules to all of the evidence.

Another factor in negotiations is bargaining power. Lawyers regularly size one another up. Perhaps the opposing side seems nervous about going to trial. Are they desperate to settle? Which case will get stronger with time? These considerations can influence how one party negotiates. That, in turn, can affect where the settlement will end up.

Clients often ask: “When will my lawsuit settle?” After all, if a settlement is almost certain, then what’s the holdup? It’s a fair question. The reality is that both parties must agree for any out-of-court settlement to be reached. No one can be forced to agree to any settlement.

That said, pushing ahead to trial often forces parties to weigh the benefits of a negotiated settlement against the risks of trial. Sometimes, settlements can be reached early on. Other times, it (literally) takes place at the courthouse steps on the morning of trial.

$587,000 judgement for Hammerco Client injured in ICBC car accident claim at the start of her career

Partner Krista Simon and Associate Rosy Arora successfully secured over $587,000 in a judgement for compensation for a young woman who sustained physical and cognitive injuries in a car accident on December 12, 2016.

Hammerco Lawyers is investigating allegations of sexual assault by one or more corrections officers at the Fraser Valley Institution for Women in Abbotsford between 2005 to 2020.

Hammerco Lawyers is working within the civil legal system to hold the Fab Skin Clinic and its employees accountable for the trauma and harm they have caused the patients who underwent treatment at the clinic.

Mourning the Passing of Mel Beaton

It is with great sadness that we announce the passing of our dear friend, colleague, and partner Mel Beaton following a battle with cancer.